By Ari Shapiro and Matt Ozug

Heard on All Things Considered 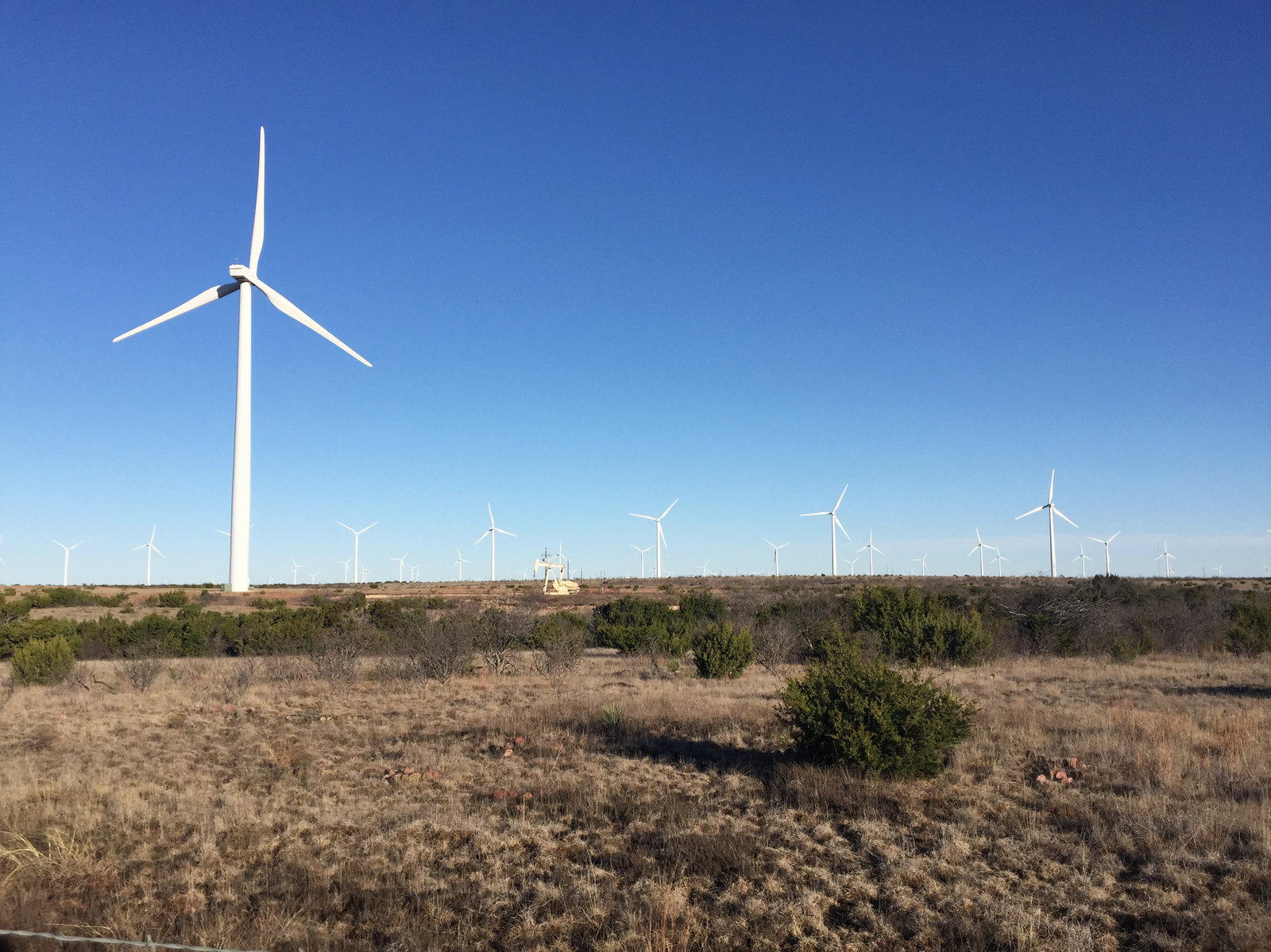 Georgetown, Texas, is a conservative town in a conservative state. So it may come as something of a surprise that it's one of the first cities in America to be entirely powered by renewable energy.

Mayor Dale Ross, a staunch Republican who attended President Trump's inauguration, says that decision came down to a love of green energy and "green rectangles" — cash.

When Georgetown's old power contract was up in 2012, city managers looked at all their options. They realized wind and solar power are more predictable; the prices don't fluctuate like oil and gas. So, a municipality can sign a contract today and know what the bill is going to be for the next 25 years.

That's especially appealing in a place like Georgetown, where a lot of retirees live on fixed incomes.

"First and foremost it was a business decision," Ross says.

It's not just Georgetown that is defying expectations of conservatism and renewable energy. As a state, Texas is by far the No. 1 producer of wind energy in the United States; it produces more wind energy than the next three states combined. In fact, if it were its own country, Texas would be the fourth-largest largest wind-producing country in the world by the end of 2017. Ross says former Texas Gov. Rick Perry deserves the credit: "I truly believe he was a visionary."

Today, Rick Perry is the head of the U.S. Department of Energy. At his swearing-in last week, Perry described what President Trump told him when he offered him the job: "I want you to do for American energy what you did for Texas."

If that request extends to wind power — after all, Trump is seen as emphasizing fossil fuels, with his support for coal and through his Cabinet picks — the U.S. can expect a further explosion in wind energy production and in the jobs needed to support the industry.

Already, the fastest-growing job in the U.S. is wind turbine technician. Though the absolute numbers are small — 4,400 in 2014 — it's growing at more than double the pace of the next closest profession.

That explosion is apparent in Sweetwater, Texas, which sits on a vast open plain — an area that the town's former mayor, Greg Wortham, describes as the wind capitol of the world. In every direction, row after row of 300-foot-tall wind turbines dot the horizon. 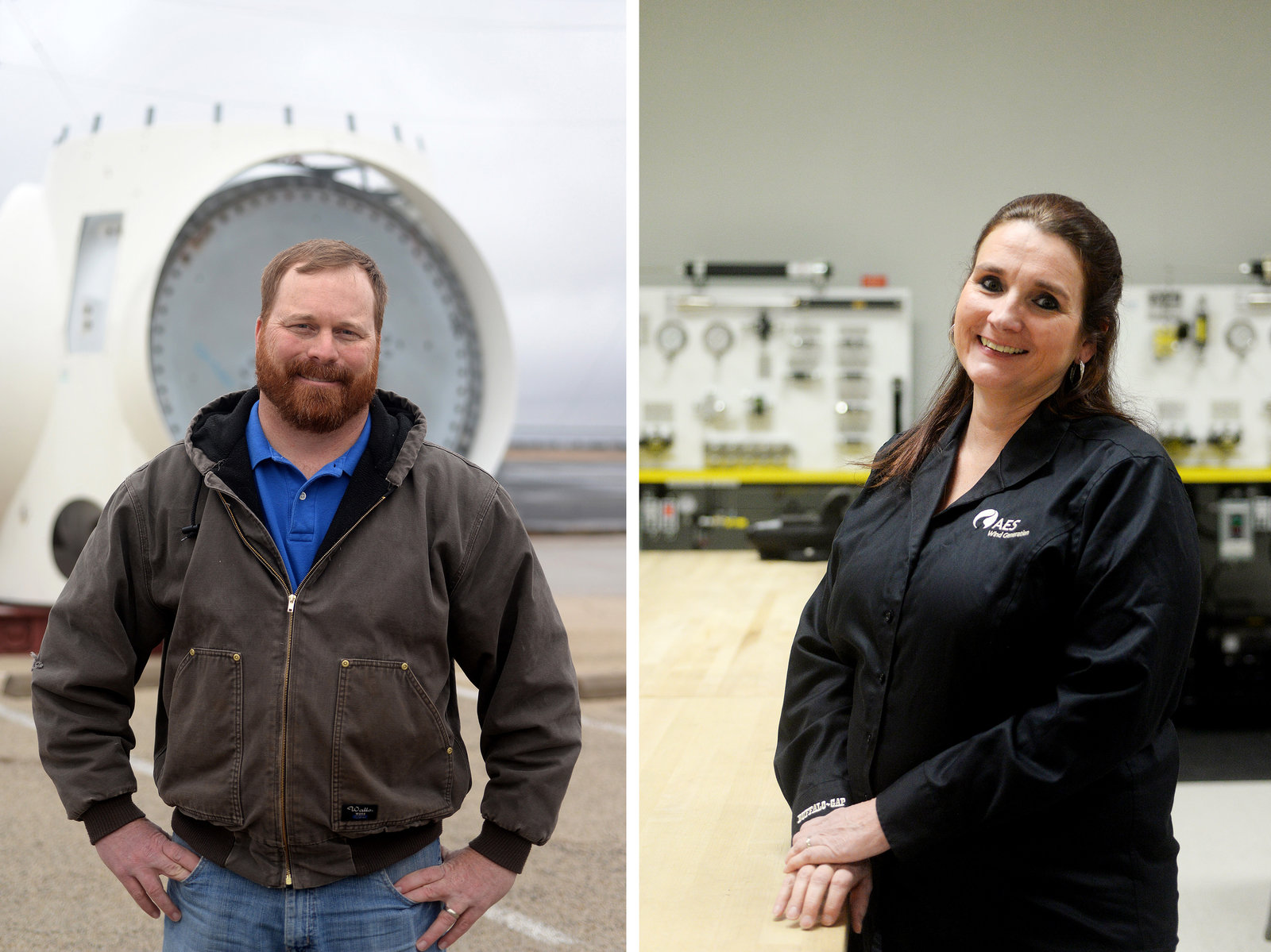 The construction and maintenance of these three-armed behemoths has created a new industry in town. Heath Ince teaches in the wind program at Texas State Technical College, Sweetwater.

"A lot of people don't realize how physically demanding and even mentally challenging it can be at times," Ince says of the job maintaining machinery in an environment that is scalding hot in the summer and frigid in the winter.

And yet, the program has doubled in size since its launch, to 52 students from 25 in 2008. Demand is high — renewable energy companies are hiring Ince's students, sometimes before they even finish the program — and the salaries are good, too: Median pay in 2015 was about $50,000. 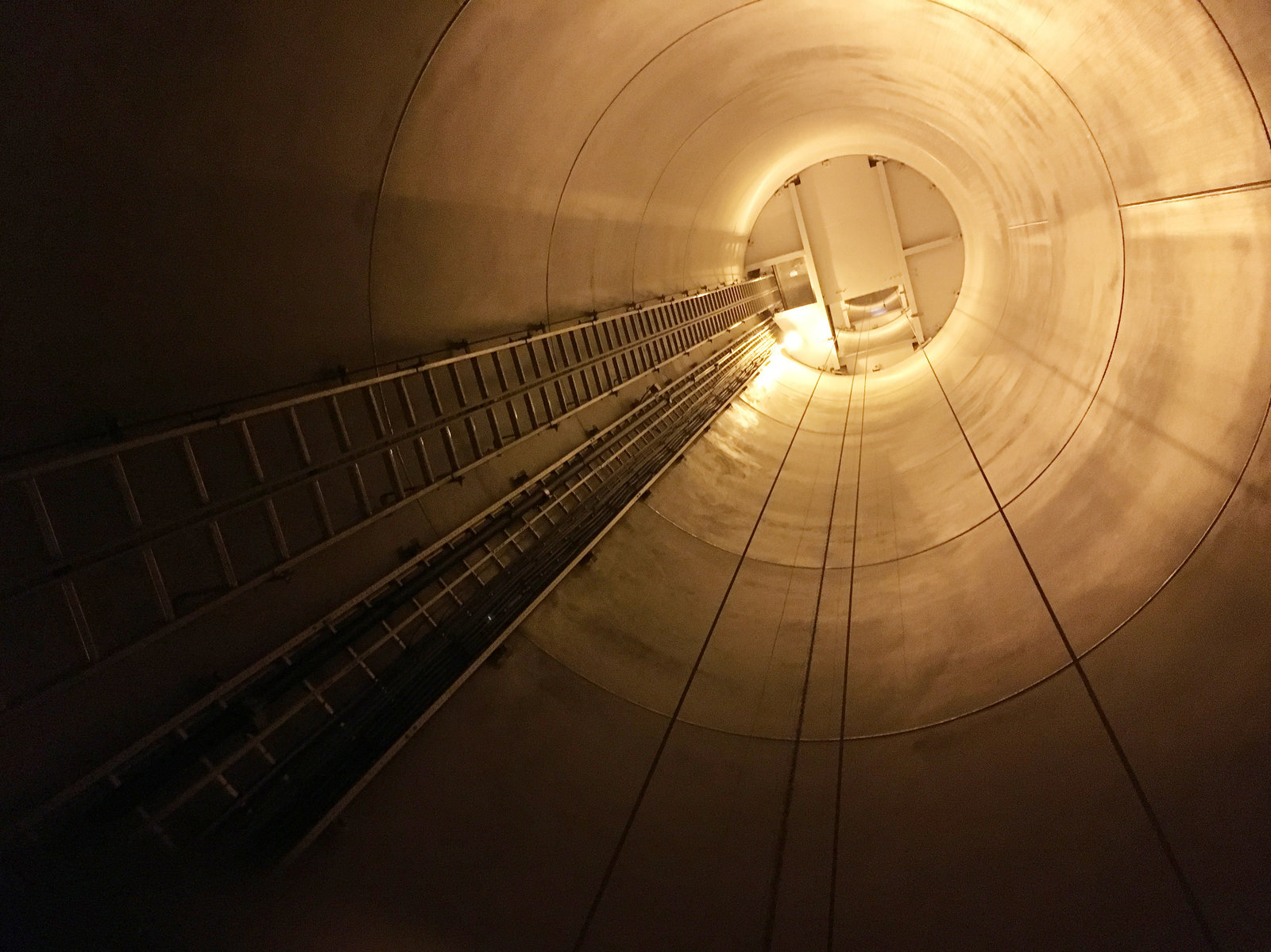 In Texas, the attitude is "all of the above."

"Any time there's an opportunity to put a little extra income in people's pockets, we're all for it," says Russ Petty, who owns a print shop in Sweetwater and whose relatives have been ranchers in the area for generations.

The income derived from leasing a single turbine varies. But Wortham, the former mayor, says $10,000 per turbine per year is a good estimate.

But just because West Texas towns like Sweetwater had the potential to produce a lot of wind energy didn't mean that energy had anywhere to go. That changed when Gov. Perry signed into law a 2005 bill to build transmission lines connecting the windy plains to population centers like Houston, Austin, Dallas and San Antonio. And Perry made every Texas citizen pay for it in their energy bills.

That's not the most conservative position in the world, says David Spence, a law professor at the University of Texas at Austin, who specializes in energy and the environment.

"It's a full socialization of the costs," Spence says. "We don't use that word in the public discussion. But, yeah, we socialize the costs across all Texas ratepayers."

Texas has a unique advantage that enabled some of these changes. Continental America is divided into three electrical grids: East, West and Texas. Since the Texas grid is self-contained, wind energy doesn't cross state lines and isn't subject to as many federal regulations.

Even so, the simple abundance of wind and an independent grid by no means guaranteed the explosion in wind energy production in Texas. Jay Root, who covered Perry's governorship as a reporter for The Texas Tribune, says Perry pushed for wind energy and "if he hadn't, we would not be where we are today."

But, Root adds, "I don't think anyone would call Rick Perry an environmentalist, including Rick Perry. ... But the guy knows how to sniff out a dollar. Here's a guy from West Texas who saw that you can make money off of the wind blowing. Like, that's a no brainer."

Of course, this Texas wind revolution was begun before the Tea Party revolution, when it was easier for Republicans to buck strict conservative principles on a case-by-case basis. So Perry, as U.S. energy secretary, faces challenges at the national level that will make it much harder for him to expand what he did in Texas.

But if he does, it would be almost as surprising as what happened in his home state when a red-state, conservative guy from oil country managed to help build one of the biggest renewable energy systems in the world.