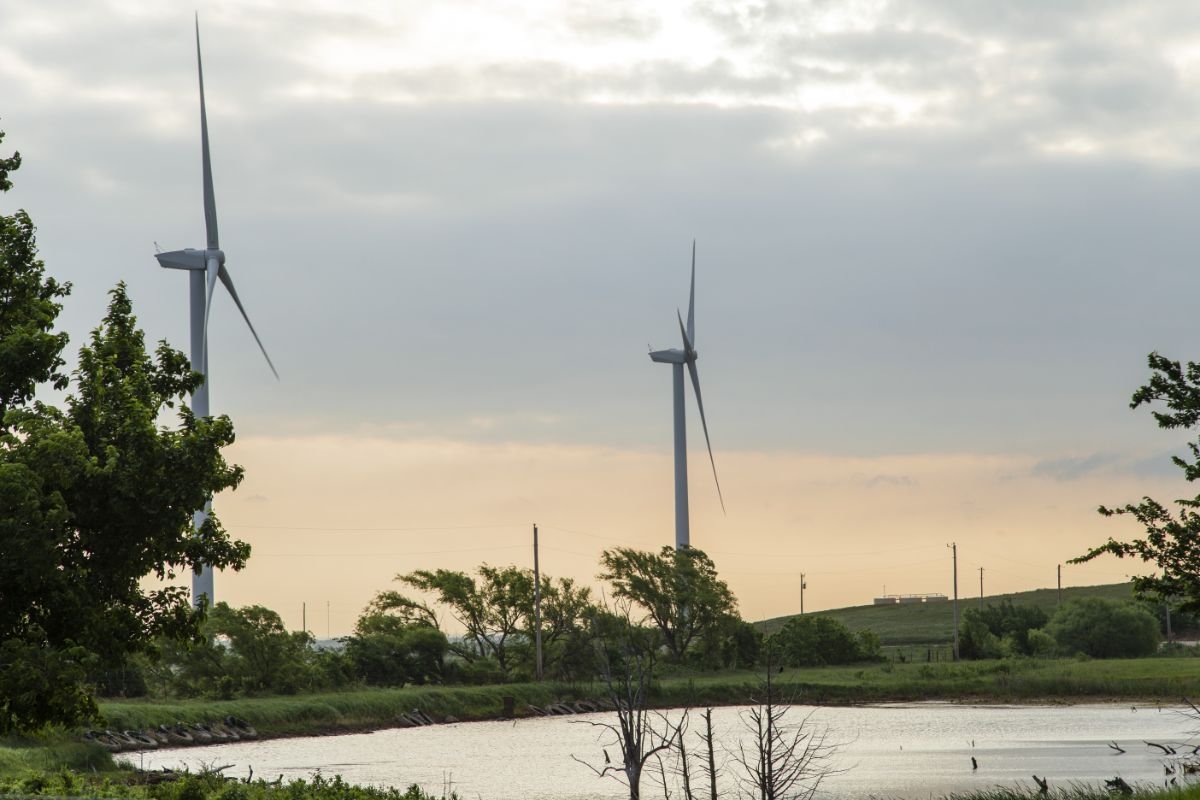 A Virginia company proposes to build 30 wind turbines on land in Columbia and the Unorganized Territory. APEX CLEAN ENERGY PHOTO

COLUMBIA — The wind may be blowing a new source of power into Washington County.

Apex Clean Energy, based in Charlottesville, Va., is developing plans for a wind farm in Columbia and land nearby in the Unorganized Territory, with hopes of completing the project in October 2022, said Paul Williamson, a senior development manager with the company.

The project, known as Downeast Wind, is proposed for 22,000 acres in Columbia and townships 18 and 24 in the Unorganized Territory. A total of 30 wind turbines would be spread out over that area on tracts of private land for which Apex has obtained 30-year leases. The turbine hubs will stand 410 feet tall and will be 656 feet total from base to the turbine tip. Approximately eight of the turbines will be in Columbia on land located off Route 1 in the 4 Corners area.

“This is a valuable investment opportunity for the area,” said Williamson, a Scarborough resident, as he sat in the company’s Columbia office last week.

He said the completed project will create 10 permanent full-time jobs along with many jobs related to construction. “It’s just a huge amount of economic activity.”

If approved, the project will generate significant tax income as well. Over the life of the project, Apex estimates it would pay $7.5 million to Columbia and $11.5 million to Washington County. These figures, which include initial one-time payments for use of infrastructure, will not affect state aid or revenue sharing, Williamson said.

“It’s going to be an industry that can benefit my town greatly,” said Columbia Selectman Harry Beal Jr., adding that “none of us are personally going to benefit.”

Pointing out he was speaking as a resident and not as a public official, Beal said he believes the wind project is especially valuable because the area lacks other industries and many blueberry fields are owned by out-of-state interests.

“We need some kind of revenue that will not pollute our air or water,” he said. “This income will help with roads and the infrastructure of our small town.”

Apex identified the general area for the wind farm in 2013, Williamson said.

“We started just poking around at raw maps,” he said, adding this is one of about 80 wind projects Apex has currently under development or already running.

Local geography makes the area well suited for a wind project, according to Williamson. The blueberry barrens are moderately windy — and flat, the latter being a factor that keeps expenses down.

“We don’t have to haul wind turbines to the top of rocky peaks,” he said.

In addition, the project will utilize existing infrastructure such as power lines.

The original proposal has undergone numerous revisions in order to secure access to the land, address residents’ concerns and minimize impact to the environment, Williamson said.

The original proposal has been scaled back from about 55 turbines with a 200-megawatt capacity to 30 turbines with a capacity of 126 megawatts. The company will apply for permits for up to 35 wind turbines so that it will have alternate locations if one or more proposed sites ends up not being suitable, he said.

Revisions also have been made in order to address concerns from property owners at Schoodic Lake.

“We made a significant effort to move turbines away from the view shed,” Williamson said.

No turbine will be closer than 0.66 miles from any of the Schoodic Lake dwellings and the nearby turbines will not be visible because of trees. Those that are visible will be at least 1.2 miles away. In addition, a radar-activated lighting system will be installed so that the turbines are lit only when air traffic is nearby.

A sound barrier has been added to make sure the noise generated by the turbines is less than 42 decibels at distances greater than 900 feet.

Apex will provide Washington County with $350,000 for property improvements at Schoodic Lake.

Williamson said the current plans accommodate wildlife, specifically a threatened species of bird known as the upland sandpiper that lives in the grassland near the coast. Proposed turbine sites were moved out of the sandpiper habitat and flight path. Five turbines will be turned off in May and June so as not to interfere with the birds’ courting rituals. And, turbines will be at least one mile from eagles’ nests.

Williamson said the project does not affect the Great Heath, which the project surrounds on three sides, or any other conserved areas. Land leased from Cherryfield Foods will remain open for hunting. The proposal includes a decommissioning plan for the project’s end.

Previously proposed projects failed in part because agreements were not spelled out in writing, said Williamson.

“It’s not been an easy road,” Beal said, “but we’ve worked very hard together to try to make this work for the town and for the community.”